Fighting without weapons but with tastings!

Barolo VS Barbaresco: who will win the challenge? Many are the wines that our beloved and generous land of Langa produces. Still, for sure, the scepter of the king of the Langhe is contended by Barolo and Barbaresco…but, wait a minute, are we talking about the extraordinary wines or the charming villages that bear the same name?

Barolo vs. Barbaresco: who will win the challenge?

A challenge opens today: will you be on the Barolo or Barbaresco team? Joking aside… both places are truly magical and fascinating, giving wonderful glimpses that delight the eyes of travelers who “go for Langhe.”

However, I want to illustrate better what Barolo and Barbaresco represent for the Langhe and give you a little guide to consult in case you can pass through here!

The country Barolo and its wine

Barolo is a small village with a little more than 700 inhabitants, located in the Langhe province of Cuneo. Like most of the surrounding villages, it was founded by the settlement of the Celtic peoples, who had baptized the place with the name “bas real” or “low place.”

One of the must-see attractions is the Falletti Castle in Barolo, which has housed the Wine Museum – WIMU since 2010. Organized and set up by F. Confino, the museum aims to be an interactive and emotional journey into the world of wine, touching on traditions, culture, history, and the method of obtaining it. “Not a place where you learn, but a place that talks about the relationship between <<we>> and <<he>>,” says F. Confino.

The Barolo WIMU wine museum unfolds through a descending path. Halls are full of colors, sounds, lights, videos, and images; in short, they are a museum of the five senses in the round, an experience that will leave you breathless!

From Barolo to Barbaresco

Many believe that the name “Barbaresco” comes from the barbaric silva, occupied first by the Ligurians and then by the Romans. At the same time, others believe it comes from the Saracen population, nicknamed “Barbareschi.”

The most exciting point of interest in the village is the tower, called the Barbaresco Tower, from which begins a medieval wall that still encircles the village’s boundaries.

The Barbaresco tower is 36 meters high, and from the top, there is a beautiful view of Langhe, Roero, and Monferrato, stretching beyond the Tanaro River.

The tower was built around the year 1000 and had the function of defense and sighting of the territory of the Saracens. That is why it is visible from several points in the adjacent territory-if you pay attention to it, driving through the hills around Barbaresco, you will always be able to spot it!

This was part of a more extensive system of defensive fortifications of which, unfortunately, no trace remains today. After a period of restoration, today, it can be revisited, and we can also offer you a glass of excellent Barbaresco to seal the moment! Like the Barbaresco Tower, other similar towers stood along the Tanaro River.

Barolo and Barbaresco are not only two beautiful pearls of the Langhe, but they are also home to two outstanding and internationally appreciated wines!

The best way to learn about wines as elegant and structured as Barolo and Barbaresco is to taste them, perhaps in a beautiful Langhe winery overlooking the Nebbiolo vineyards that give rise to such extraordinary wines.

Here we have Tours that allow you to get the idea for yourself! 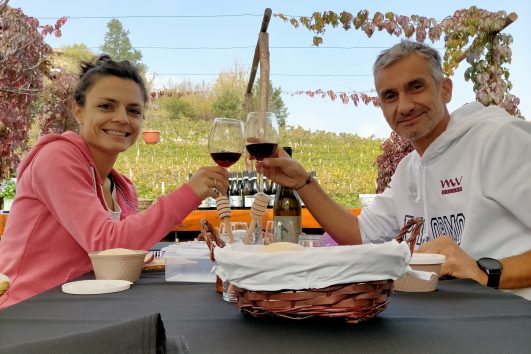 Barbaresco Winery Visit | Taste one of the Great Kings of Reds

Barbaresco has nothing to envy to the more noble Barolo. Indeed, the game between the two is delicious and addicting! 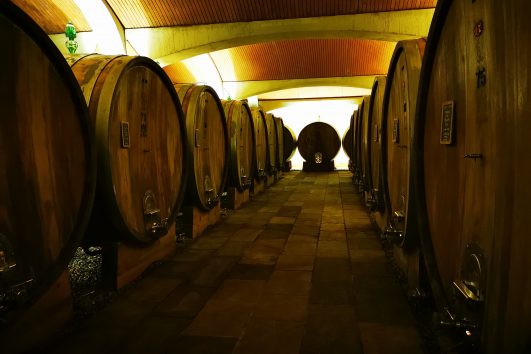 Discover the best wineries thanks to the tours in Barolo and thanks to our tasting experiences.

Barolo Barbaresco: their most salient features

In case you haven’t tried them yet, I highly recommend them!

Still undecided on the winner of the challenge? Why not start planning a little trip to the Langhe? Then you need to come and meet them in person!

You can choose from many wineries to attend wine tastings in the Langhe, but not all are the same!

Then hurry and book one of our Langhe wine tours that are the result of years of experiments conducted by us for you.

Remember that wine and food are always at the center in all our tours. So take a look at the whole site and choose the one that’s right for you

Previous postWalking in the Langhe
Next postAlternative holidays? Yes in Monferrato!