You are ready to sail through the wonderful hills of Langhe, Roero and Monferrato and want to get closer to its wines but you don’t know where to start. Well, SlowDays is here for this. We’ll give you some tips on how to taste these places that seem a little “closed” and not so “easy” to approach.

Here are some tips for planning your trip through hills and wines.

In Piedmont, winegrowers do not expect you to be connoisseurs and they do not take it for granted that you already know everything. In the cellars they are ready to share their knowledge, but also to share their…  It is better that some basic concepts are known

These are the only wine classifications present in Piedmont.  The Piedmont Region has no Igt wines.

The Docg are represented by the excellence of the territory (Barolo, Barbaresco, Barbera d’ Asti, Asti spumante and Moscato d’ Asti, etc…).

DOC wines are not “worse”, they are only less prestigious, mainly because they are obtained from larger and less specialized areas of territory. DOCG wines also often require more ageing. 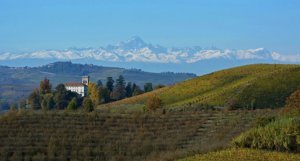 The farmhouse, country cottage, the agritourism and the rustic farmhouse: In Piedmont it is known as CASCINA. Where the family home is located and where it usually vinifies. The Cascine have a name and frequently the name of Cascina is also the name of the wine produced. Today we have wonderful farmhouses, restored or rebuilt with taste and love and that still retain the ancient charm. A more in-depth Wine Tour will take you to the wine cellars, but it will also introduce you to some farmsteads.

The Crote are the cellars I Crutin are the ancient cellars dug in the tuff, which is provided with most of the houses in some areas of Roero and Monferrato.

What makes froth! It is a particular sparkling wine. It can be white, pinkish or uncorked red and served, produces an abundant and light foam. Consequence of carbon dioxide resulting from a double fermentation process. The second fermentation takes place in bottle with the’ classic’ or champenois method, or in autoclave with the charmat method.

Barolo is the wine obtained from 100% Nebbiolo grapes, as well as Barbaresco. What does that mean?

Then we have the Nebbiolo wine that comes from the vine variety that has the same name!   Complicated? No!  Because the land, the method of processing, the tradition give rise to very different wines. All great and everyone to taste!  Try to believe! If you still want a small and nice complication, I have to tell you that there are two types of Nebbiolo!  That with the vines that grow in the area of Alba and that give rise to the Nebbiolo d’ Alba, and that instead is born in the Langhe around Dogliani and up to Cortemilia, which is called Langhe Nebbiolo!

There are two different types of Nebbiolo, classified according to their origin: Nebbiolo d’ Alba, obtained from the vineyards of the hills near Alba, and Langhe Nebbiolo, obtained from vineyards that can range from Dogliani to Cortemilia (the Langhe nebbiolo, in addition, can be composed of a maximum of 15% of other Piedmontese non-aromatic red berried grapes)

The follow-up next week!  Meanwhile if you want to take a look at our Tours you can start to get an idea

Claudia
Reply
Thanks Meir! My "wine friend"!!! I wait for you in Langhe to discuss about this wonderful matter!

Meir, Vinotours Israel
Reply
Great work, Slow Days! Very interesting reading. And useful. Even for those who consider themselves as familiar with Piedmont and Langhe and local wines. Well done and a lot of good luck!