Our tips for your Langhe Trips

Feel safe during your travels in Langhe Travels in the Langhe are inviting in every season. Autumn offers wine and truffles, as well as the changing colors of the vine
Read more 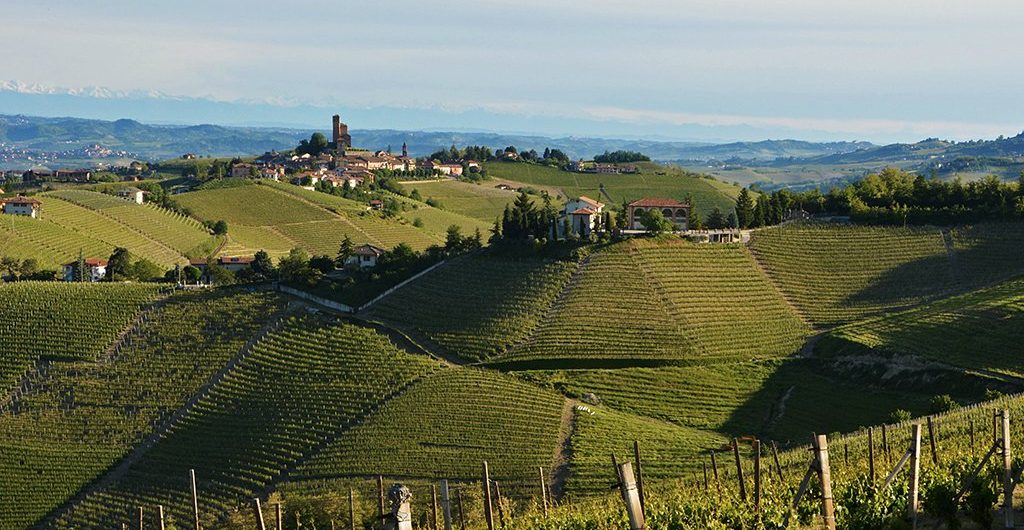 Turin: the Church of San Lorenzo and its secret

My job changed me. I have always been curious and have always loved to travel "in detail". To be clear, I will NEVER make 7 capitals in 7 days! Today
Read more

The Sacra of Saint Michael, the symbol of Piedmont

A day to discover the Sacra of Saint Michael. One hour and twenty minutes from the Langhe. 20 minutes from Turin. I dedicate the summer months to broadening my horizons and I am convinced that to do so it is not necessary to go so far away from home. It is always said that "the locals" are the ones who know their territory best, but I would like to launch a provocation: "Is that true?". Certainly a "local", a resident of the place will be able to recommend a good restaurant, maybe give you good practical advice on how to avoid traffic, but are we also sure that he has visited and deepened the places "not to be missed" of its territory? Well, I don't think so! At the venerable age of my 40's and something, I decided just today to visit that absolute wonder of the Sacra of Saint Michael, in the province of Turin, at the gates of the Susa Valley. I can't thank my work enough because it stimulates me (does it force me?) to go exploring before proposing new goals. Otherwise too often I have postponed extraordinary visits. The added value of the Guide, especially LOCAL. My job has also taught me that "with the guide is better", just another experience! And so I asked Valentina, an expert and friendly guide who lives at the foot of the Sacra, to be my guide. The day was spectacular but it must be said that the Sacra of St. Michael shows its charm even wrapped in fog or covered by snow! I already want to make a jump up in winter, maybe for the Christmas celebration in the Abbey ... I can not imagine the incredible atmosphere that you could breathe up there! The Sacra of St. Michael

A day to discover the Sacra of Saint Michael. One hour and twenty minutes from the Langhe. 20 minutes from Turin. I dedicate the summer months to broadening my horizons

Are you looking for a holiday in the Langhe, Roero or Monferrato?

Holiday in Piedmont: Langhe Roero and Monferrato, Unesco site So, let's start with the basics for your holiday in Piedmont, Unesco area Sleep in Alba or nearby? How long does it take to visit the Langhe, Roero, and Monferrato? When do you most enjoy your holidays in these areas?   Where can you sleep in these areas? Alba or surroundings? If you arrive in Alba by train and don't have a car during your holiday, you'd better stay in Alba. In the town, all easily accessible on foot, you can find restaurants, public transport and places to spend the evenings. I will be able to book you some small b&b, or hotels more quoted, or even apartments that I will have checked for you. If you arrive in Alba in a car, then I can book you some nice structures on the hills and together we can choose which are the essential services that you want to have. How much time should you dedicate to the Langhe, Roero, and Monferrato to visit them? This is really "the mother of all questions"!  In fact, it has no answer. Time depends on you, how much time you have. Because in these areas you can enjoy a weekend or every day for a longer period. Without getting bored! The territory is vast and varied. And then, according to the SlowDays philosophy, these territories should be visited with calm... ADAGIO! After a walk, drinking a glass of Barolo, having a chat in the cellar ... you can only bother to choose the best photo to take in these hills! You won't want to run along a motorway and immerse yourself again in the speed of everyday life! But as I mentioned before, each person has his own time and his own time to "pull the

Piedmont still amazes us: Savigliano and its scents

Piedmont surprises us again: Savigliano and the Museum of Essences Perhaps it would be a good idea to end it with this elegant Savoy " Confidentiality "...it is certainly true, it distinguishes us, it is in our DNA and we from Piedmont are almost proud of it! We are like this and we think that those who want to know us will not stop at our reserve...true, you are right dear descendant of the Savoy. But we must also understand that in this fast world, made up of devoured images and videos, of articles that must be read in less than a minute, of distracted and pressing everyday life, we must learn a little to make ourselves beautiful. We must value the amount we have and not just keep it for ourselves: from the up there we take a bit of bravado from our compatriots! Yesterday I organized one of my "travel experiences": I don't need great destinations, you know, I really like to find the best from what we have near, I would say, a Saturday afternoon. A few weeks ago, my attention was drawn to an unusual proposal, which perhaps to be so close nobody thinks is so extraordinary. I'm talking about the Muses of Savigliano, the European Academy of Essences, a magical and suggestive place that has thrilled me! In a magnificent 17th century palace, Palazzo Taffini, the seat of representation and reception of the Dukes of Savoy, the Museum of Essences finds its ideal location. It proposes a unique journey in the world in the history of perfume and its characteristics, which has nothing to envy to the French proposal, if not the ability of our neighbors to enhance a rich and precious cultural heritage. Inside the rooms, you can enjoy an exciting journey through ancient

Piedmont surprises us again: Savigliano and the Museum of Essences Perhaps it would be a good idea to end it with this elegant Savoy ” Confidentiality “…it is certainly true,

6 things to see and do in the Roero

Slowdays takes you on a fragrant journey

Scent: How does it come about and how do you choose it? Perfumes tell you a lot about yourself, your personality or how they make you feel at a certain moment. Scent: how does it come about? Perfume, from Latin for smoke, through smoking, has played a fundamental role in the various historical eras. Its origins date back to the times of the Greeks and Egyptians but, the first distillation of rose water with rose petals from the centifolia rose is by the Arab doctor Avicenna, in the X century. The first perfume in alcoholic solution was obtained in 1370 thanks to a monk expert in chemistry. Let's talk about Water from Hungary: an extract of rosemary, thyme, and lavender, apparently had aphrodisiac powers. Legend has it that Queen Elizabeth of Hungary was able to seduce the king of Poland at the age of 70, thanks to this water! In the Renaissance, chemistry replaced alchemy, improving the distillation and quality of essences. The great perfumers of the time were Spaniards and Italians: when Caterina de' Medici arrived in France to marry the Duke of Orléans, the future King Henry II, she brought with her perfumer Renato Bianco from Italy, who opened a shop in Paris and became famous among the Parisian aristocracy. In 1600 the Water of Cologne was born thanks to Gian Paolo Feminis but The real revolution took place towards the end of the nineteenth century when Louis Pasteur, father of microbiology, discovered the existence of bacteria. 1828 is a year full of discoveries and innovations for perfumery art: Pierre Francois Pascal Guerlain opens his first perfumery house in Paris, offering eau de toilette, soaps, thermal preparations, aromatic vinegar, creams and ointments of all kinds. Then we discover the synthesis of urea, which contributes to the evolution of

Scent: How does it come about and how do you choose it?

In Piedmont we love Lavender 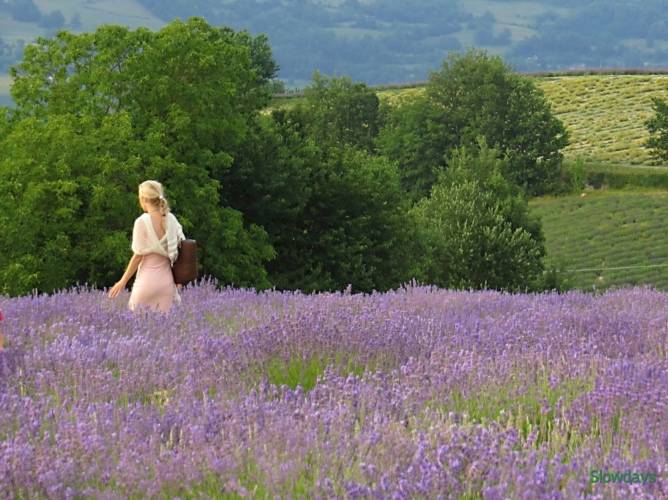 We love Lavender in Piedmont, did you know that? There are magical moments that are created without us noticing it. On Saturday 17th and Sunday 18th we found ourselves in a magical place, with a perfect light, with a fascinating story and with people involved and kidnapped by what they had around them. Sale San Giovanni hosted us to enjoy the sunset and its scents! These moments are the result of many small choices that have taken away time to put them in line, that have involved me in long phone calls and many sheets of notes. Moments that I had already experienced with the first edition of 2016 and that had already fascinated me then. In 2016 we had arrived in the camps of Lavanda in broad daylight. It was a cloudy day but I still understood how much the earth wanted to tell us. In 2017 I wanted to give her the opportunity to express herself at sunset and the magic has come true! An explosion of colors, an extraordinary energy that enveloped all of us who participated in such beauty. The Arboretum Prandi told by a guide who for how much he knows seems to have come from another planet and that takes us in years to come to that dreamer who with his energy and his vision has left us a treasure in a forest. I am here that I write these lines and feel in my nose the scent of lavender, in my eyes the yellow and purple color of the fields after the green of the trees, in my ears the stories and experiences of those who live and work with love, and then in my heart the energy that we all transmitted. These days pay off with the interests of every minute spent

We love Lavender in Piedmont, did you know that? There are magical moments that are created without us noticing it. On Saturday 17th and Sunday 18th we found ourselves in